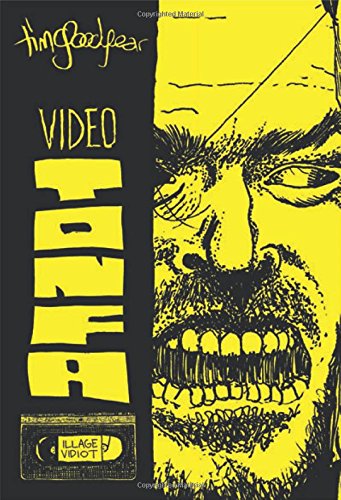 
In 2009, Tim Goodyear turned his sketchbook into a journal of the movies he watched, focusing on VHS & DVD for an eclectic & personal film history. For each video he redrew the original box art & substituted the text with his own reflections. Video Tonfa is more than a book of movie reviews, it’s a chronic memoir of over 300 video visitations.

Tim Goodyear is a legend of Pacific Northwest DIY media who has been involved with comics, zines, and video for many years. His publishing imprint, Teenage Dinosaur, has published works by Matt Furie, Julia Gfrorer, Dash Shaw, and others. He is a regular contributor to Sean Aaberg’s PORK Magazine.