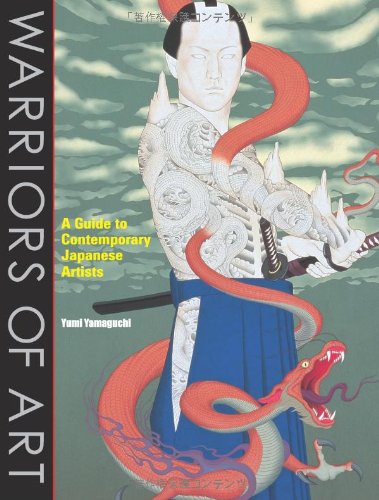 
Recently the West has been inundated by a steady flow of images from manga, anime, and the video games that are a key part of todays Japanese visual culture. At the same time, Japanese contemporary artists are gaining a higher profile overseas: many Westerners are already familiar with Takashi Murakamis brightly colored, cartoonlike characters, or with Junko Mizunos grotes-cute Lolita-style girls. Perhaps less familiar are the absurd fighting machines of Kenji Yanobe, the many disguises of Tomoko Sawada, or the grotesque fairytale landscapes of Tomoko Konoike. Warriors of Art features the work of forty of the latest and most relevant contemporary Japanese artists, from painters and sculptors, to photographers and performance artists, with lavish full-color spreads of their key works. Author Yumi Yamaguchi offers an insightful introduction to the main themes of each artist, and builds up a fascinating portrait of the society that has given birth to them: a Japan that still bears the scars of atomic destruction, a Japan with a penchant for the cute and the childish, a Japan whose manga and anime industries have come to dominate the world.