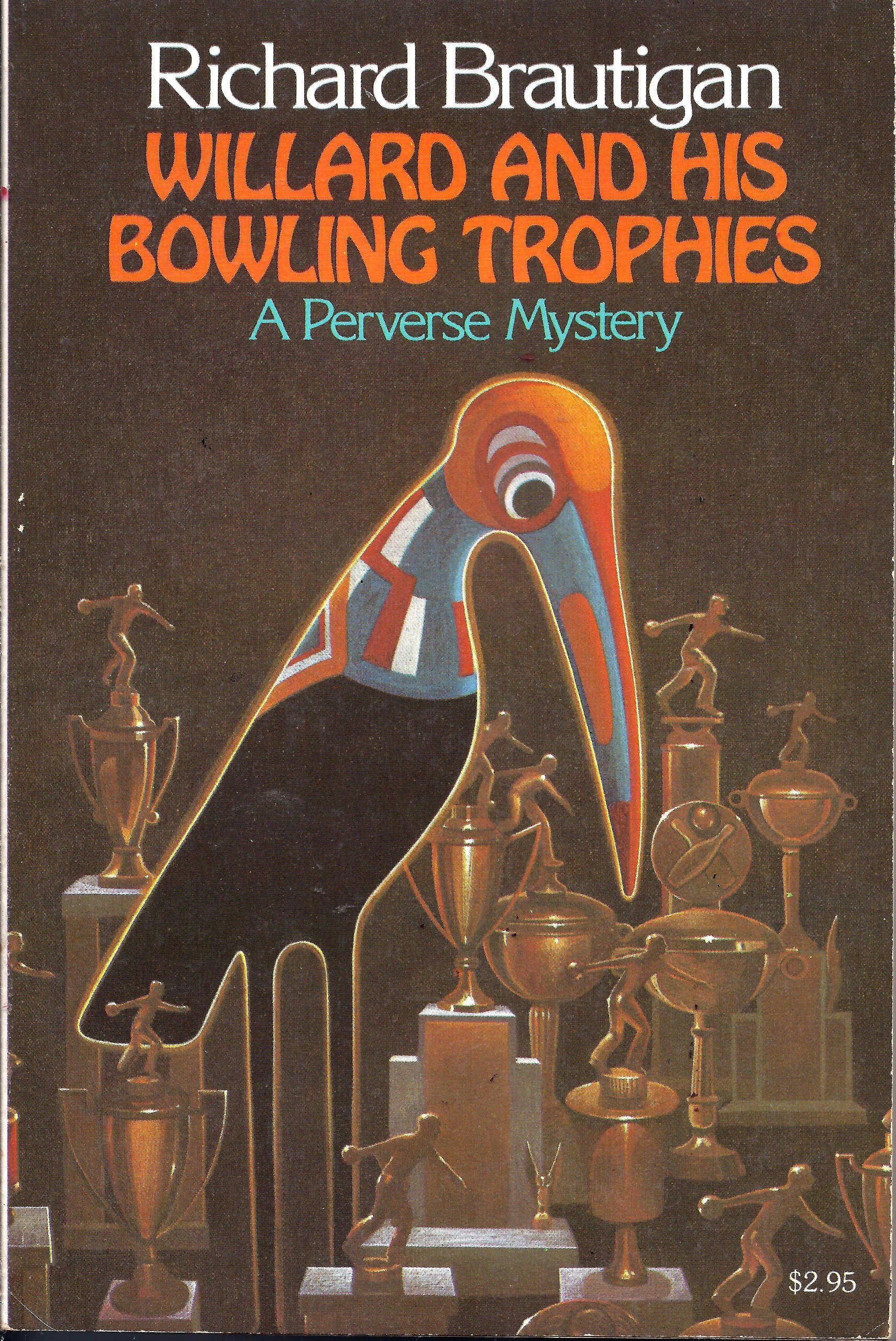 Willard and His Bowling Trophies


The story takes place in San Francisco, California in the early 1970s. The title character is a papier mache bird that shares the front room of a San Francisco apartment with a collection of bowling trophies that some time earlier were stolen from the home of the Logan brothers. The human tenants of this apartment are John and Pat, who have just returned from seeing a Greta Garbo movie in a local movie theater. Their neighbors are Bob and Constance, a married couple going through some rough times in their relationship. Because of their failing relationship, Bob becomes depressed. Meanwhile the Logan brothers are looking for their bowling trophies stolen three years earlier. The brothers have turned their happy life of bowling into a life of vengeance. Brautigan tried to have all the main characters in the story have an intersection that is comically sad. Richard Brautigan got the name Willard in the novel from his friend Stanley Fullerton’s paper-maché bird named Willard and, in fact, a bird is on the front cover of the novel.