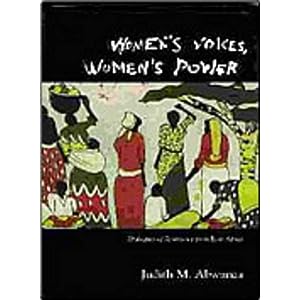 
Most ethnographic treatments of other cultures restrict the voice of their “subjects”; at most, description and analysis by the observer are accompanied by brief selective quotation. With a methodological openness that may be particularly appropriate to gender studies, anthropologist Judith Abwunza provides in this ethnography both the fruit of her research into the lives of Logoli women of Western Kenya and substantial transcripts giving the women’s own description and analysis of their situation.

The Avalogoli remain a strongly patriarchal society. Yet, as in many such societies elsewhere in Africa and indeed around the world, women have demonstrated a resilience under patriarchy that has resulted in their nominal power being far outweighed by their actual power. As Abwunza demonstrates, the economic survival of the Avalogoli is dependent not only on women’s works but also on their decision-making. Through ‘back-door decisions’ they have a surprising power to influence national as well as local events.

Women’s Voices, Women’s Power offers no apologies for a system that remains disturbingly patriarchal. But it does attempt to face directly the complexities and paradoxes involved—not the least of which is that many of the women posture an adherence to patriarchy even as they describe the disproportionate burden it places upon them. And it seeks an understanding of the ways in which Logoli society is changing in the face of increasing capitalism and commodification—processes that the author argues may simultaneously empower and disempower women.