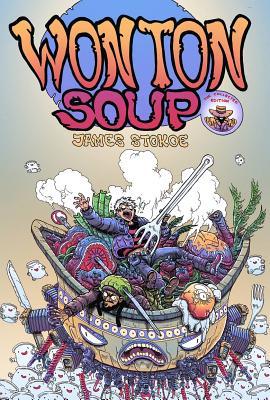 
Johnny Boyo could have had it all. Women. Money. Fame. As one of the premiere chefs in the galaxy, Johnny’s culinary skills could have made him a star. So with everything he ever dreamed of his for the taking, why would Johnny leave it all behind to become a space trucker? Not even Citrus Watts, the girl he left behind, knows for sure. With the sizzle of life in the kitchen behind him, things were going okay for Johnny. Now after years out of the catering scene, Johnny and his pal Deacon are about to find themselves in water hotter than anything they’ve ever seen before! Johnny will once again have to pick up the whisk and skillet, but will his eroded skills be enough to get them out of the craziest cook-off in the Universe? And what good is a spatula against space ninjas?