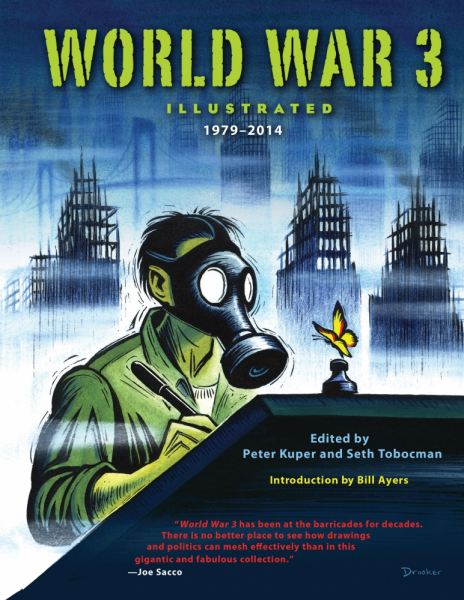 
Founded in 1979 by Seth Tobocman and Peter Kuper, World War 3 Illustrated is a labor of love run by a collective of artists (both first-timers and established professionals) and political activists working with the unified goal of creating a home for political comics, graphics, and stirring personal stories. Their confrontational comics shine a little reality on the fantasy world of the American kleptocracy, and have inspired the developing popularity and recognition of comics as a respected art form.

This full-color retrospective exhibition is arranged thematically, including housing rights, feminism, environmental issues, religion, police brutality, globalization, and depictions of conflicts from the Middle East to the Midwest. World War 3 Illustrated isn’t about a war that may happen; it’s about the ongoing wars being waged around the world and on our very own doorsteps. World War 3 Illustrated also illuminates the war we wage on each other—and sometimes the one taking place in our own minds. World War 3 artists have been covering the topics that matter for over 30 years, and they’re just getting warmed up.